You are here: Home / About Us / Board & Council

The Friends of OSD nonprofit board currently consists of 8 members and we are actively recruiting additional directors. Get Involved for more information about serving on the Friends of OSD Board.

Monthly Board meetings are usually held at OSD in the NTID Room, Administration/Library Building. Meeting time and day are subject to change in order to accommodate Board members’ schedules. Please check the OSD calendar and the FOSD Home Page/Events for specifics each month. Board meetings are open to the public.

Friend of OSD Board of Directors

Michael Staudinger is a novelist and  grandparent of two OSD students. He has served as a hospital chaplain and parish pastor (retired), as well as a high-school English teacher.  Staudinger also volunteers with the Mid-Willamette Valley Habitat for Humanity as a guest speaker and grant writer.  Originally from Washington state, he and his wife moved to Salem to be close to their grandchildren and support the work of the OSD. When not volunteering, he loves bicycling, cooking, fly fishing, sailing, and theater. 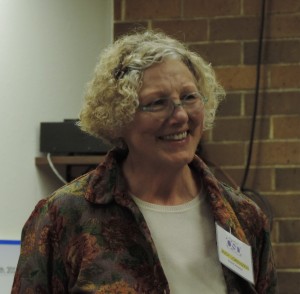 Judy Lorenzen graduated from Willamette University with a BA in English Literature.  After teaching English at the high school level, she received an MA in Special Ed, Hearing Impaired, from Lewis & Clark University. She began teaching Language Arts at the Oregon School for the Deaf in 1972 in both the Middle and High School Departments, ultimately becoming High School Supervising Teacher, a position she held until her retirement in 2004. She was also Adjunct Professor at both Lewis and Clark and Western Oregon University in their teacher training programs.

Phyllis Reynolds is a retired 30-year employee of the Oregon Department of Education, with positions ranging from clerical to policy analyst for the fiscal offices at ODE.  Her history of support for OSD ranges from assisting to record and archive student records to setting up Small Purchase Order Transaction System debit card accounts which enable OSD staff to teach independent living skills to students nearing graduation.  Phyllis is excited to be involved with FOSD to help support the School and the students.

where she served on the Search Committee for the Director of Oregon School for the Deaf and on the Planning Committee for the Future of Oregon School for the Deaf.  She is the former executive secretary to the Oregon State Superintendent of Schools, a position from which she was promoted to Personnel Director of the Oregon Department of Education.  Now retired, Linda is a charter board member and current director of Friends of OSD.

Mel is the Coordinator of Interpreting and Transcribing Services at Portland Community College and is an Oregon Court Certified Interpreter.  She has served with a number of organizations that focus on communication access and diversity issues.  Mel uses her networking skills to improve educational services, employment and health care for Deaf Oregonians.

In Su’s pre-retirement position as Procurement Officer at the Oregon Department of Education, she provided guidance and assistance in the purchasing and contracting process to OSD staff.  Her degree in Business from Willamette University’s Atkinson Graduate School of Management, as well as her volunteer service with the Turner Fire District and fundraising events in the community make her a welcome addition to the FOSD board.

Teri was born and raised in SE Washington State.  She received her BA in Education from Eastern Washington University, and her M.Ed. from Heritage University.  Throughout her 20+ years of teaching, Teri was involved in the teacher’s union and was eventually elected President of the local, where she served for 5 years. Teri served as the Chair of the Fourth Congressional District Democrats and was an Obama delegate to the National Convention in 2012.  Teri and her husband live in Salem, where she currently is a Field Representative for the Oregon School Employees Association.  They have a grandson in the first grade at OSD and a granddaughter who will attend in a couple of years.

The FOSD Advisory Council held its first joint meeting with the Board of Directors on April 17, 2014 and generally has one face-to-face meeting a year. If you are interested in joining the Advisory Council, please contact FOSD. 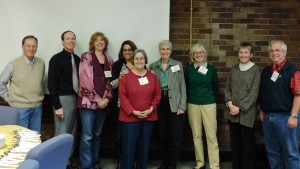 Retired Public Information Officer at the Oregon Department of Education

Graduate of Gallaudet University, 2020-21 President of the Oregon Association of the Deaf, Secretary of OR ASL Teacher Association.

President of Oregon Association of the Deaf. 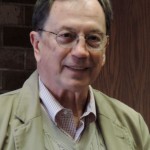 Current Director of the Research and Resource Center with Deaf communities at Western Oregon University, former President of the Oregon Association of the Deaf 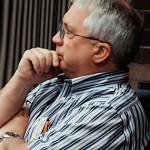 Retired head of psychological services and testing at OSD